1 Hotel South Beach is a gorgeous beachfront hotel in Miami.

1 Hotel South Beach is a gorgeous beachfront hotel in Miami.  Throughout the interior, natural materials such as stone and curving driftwood create a reflection of the stunning ocean view, all the time maintaining a look of luxury.  The neutral palette is accented by subtle nods to the water with pale blues and hints of green in the guest rooms.  Water views are the artwork of each room, while the public areas of the hotel are warmed up by different types of wood and thoughtful lighting choices. 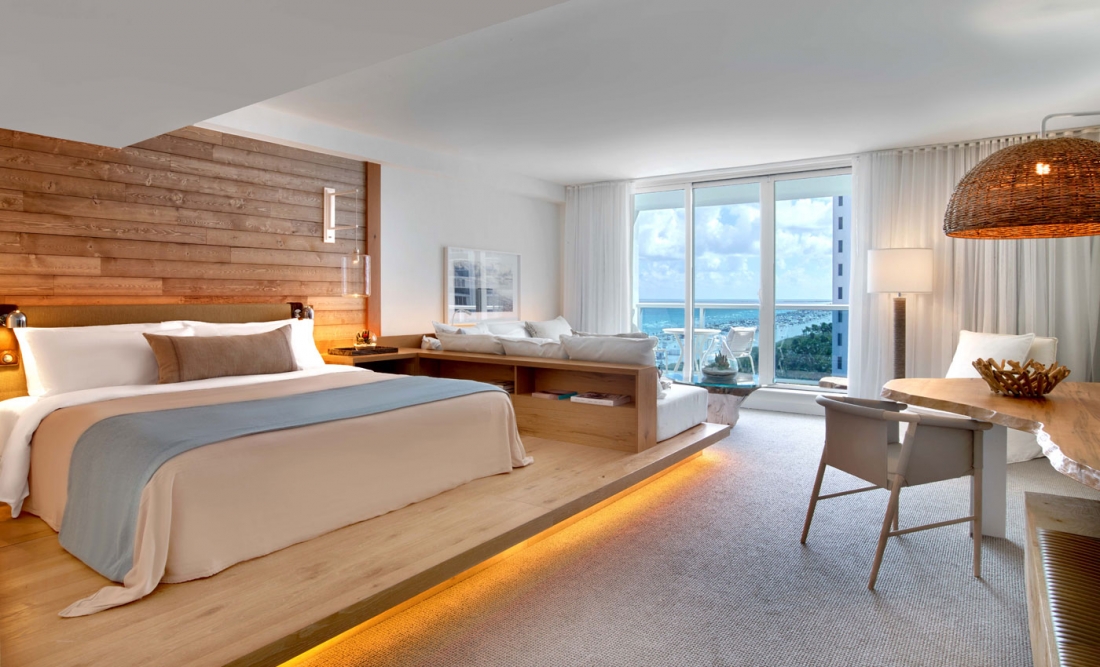 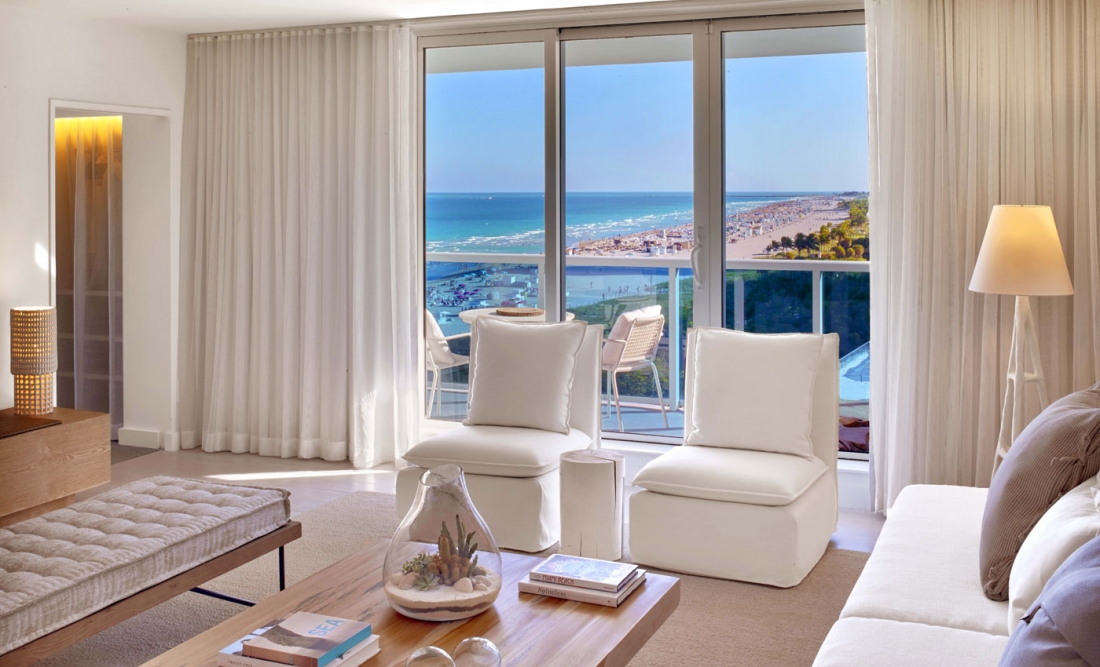 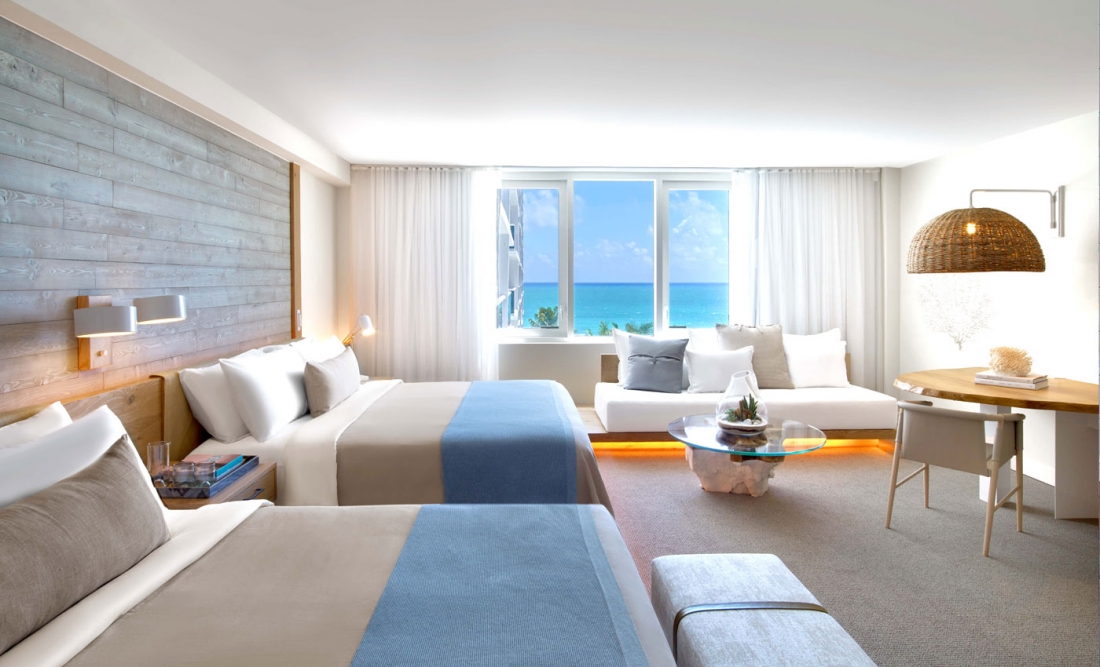 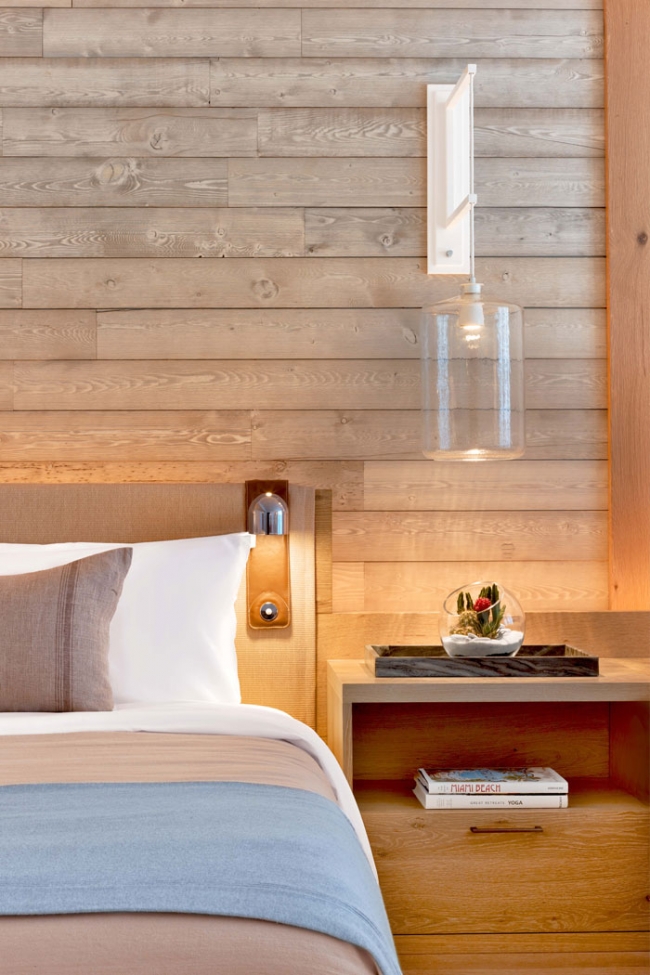 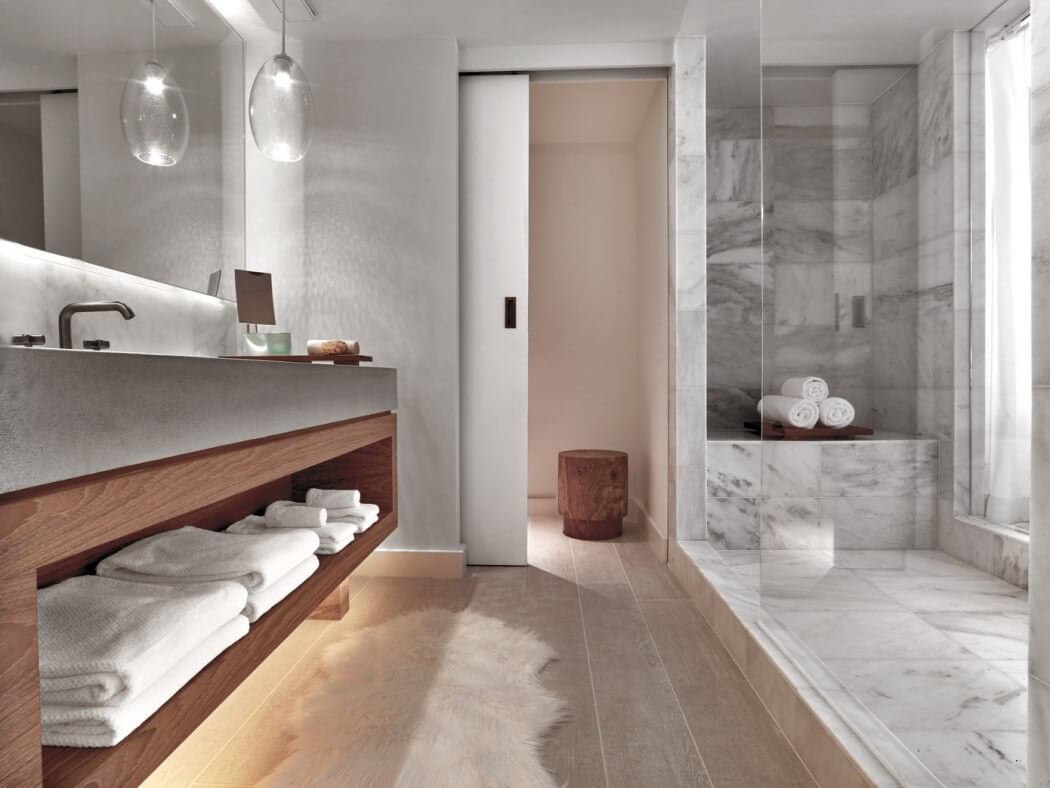 Originally, the building was a hotel called the Gansevoort, but when the building was taken over by a partnership between Starwood Capital Group and LeFrak property, the hotel was gutted and completely revamped.  Meyer Davis Studio created their designs with an eco-friendly focus, using reclaimed wood as well as wood from trees felled by mountain pine beetles.  Other “green” touches include filtered water in the rooms rather than plastic bottles, mini chalkboards in guest rooms instead of notepaper, low flow water fixtures, hangers and key cards made from recycled boxes, and guest access to Tesla vehicles for local travel.  Even the hotel greenery is less wasteful, consisting of terrariums rather than cut flowers and a massive living wall in front of the building. 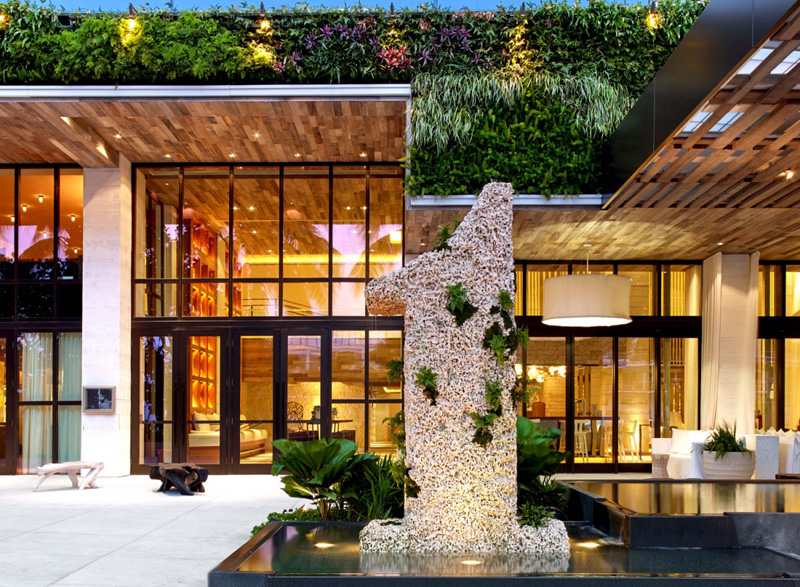 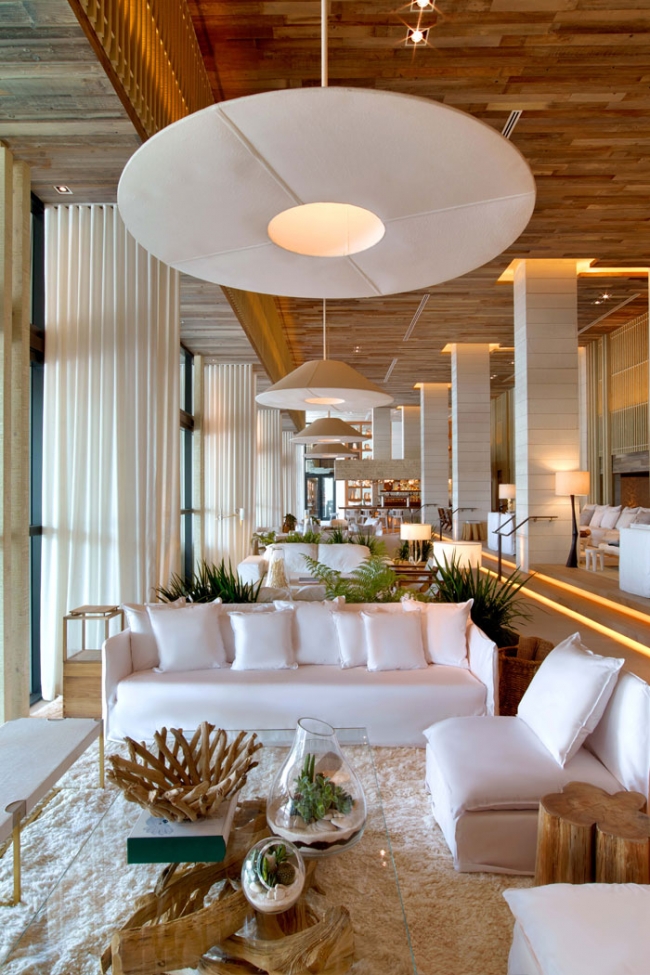 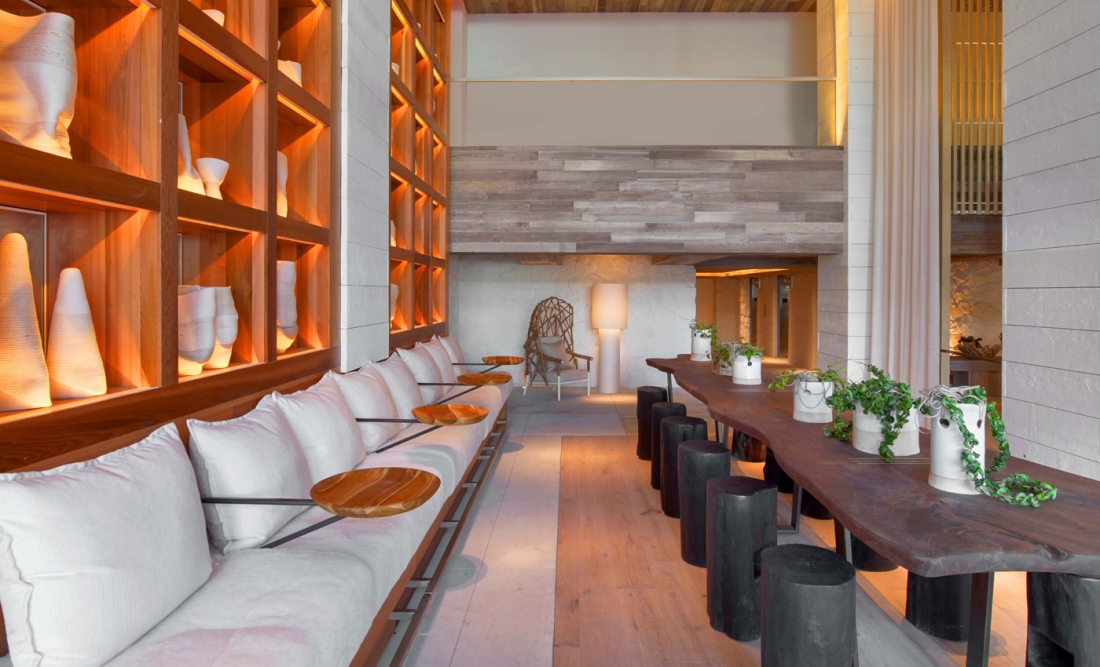 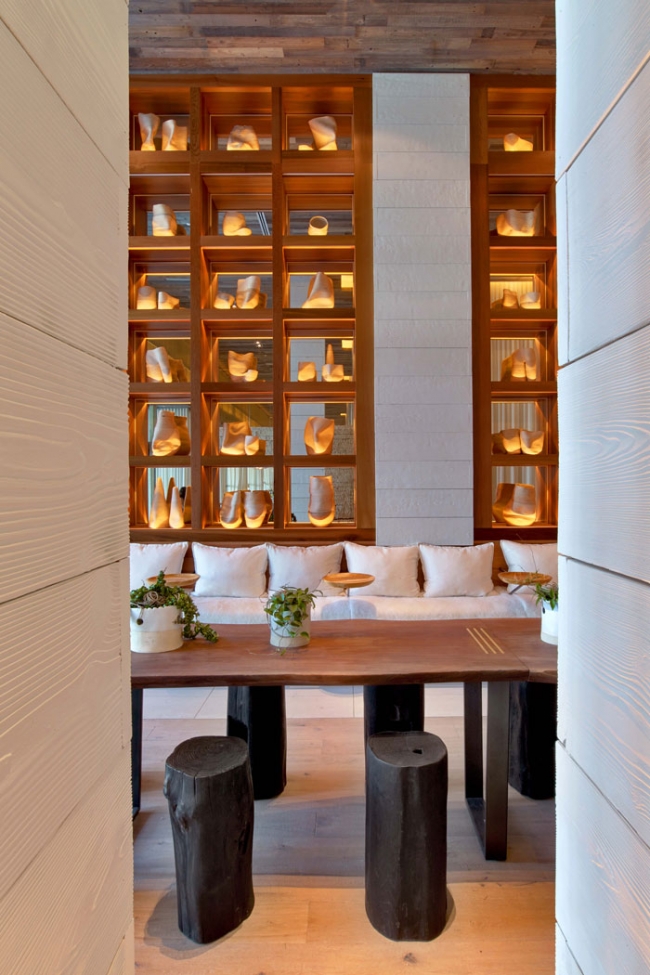 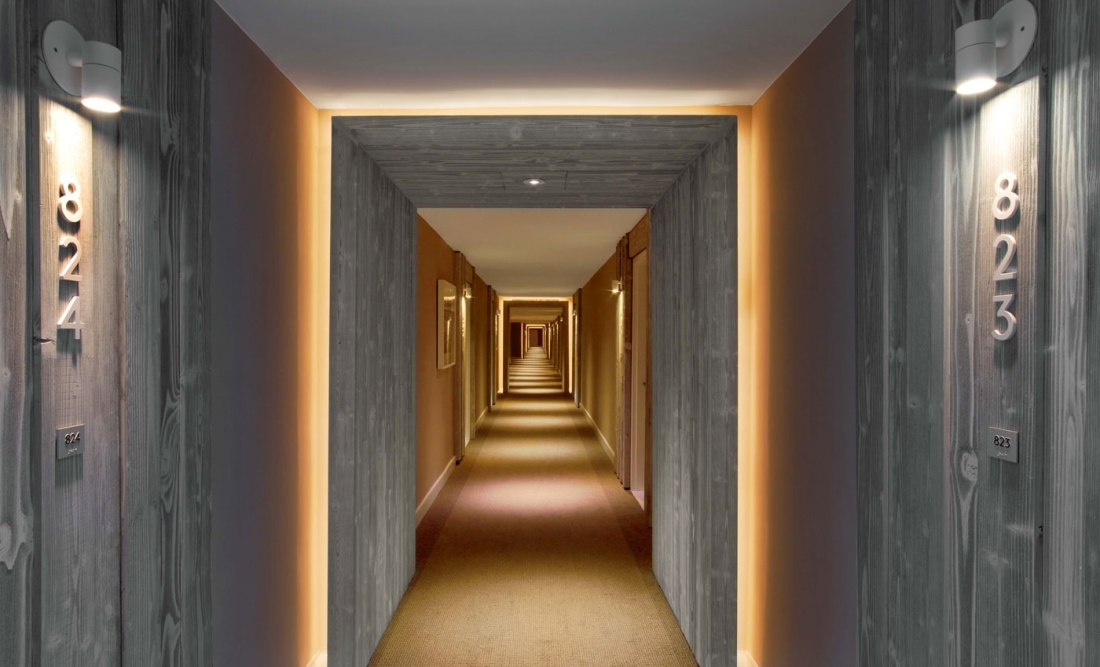 The New York design firm Meyer Davis Studio created the breezy look of the hotel’s guest rooms and public areas, including the restaurant.  Called Beachcraft, the restaurant is overseen by chef Tom Colicchio.  Nikola Gradinski of NGNY designed the stunning rooftop area.  The overall look of 1 Hotel South Beach is very organic and not what you might expect in a posh place like Miami.  I love the idea of something like this nestled in the city — natural, peaceful, and serene, but also luxe and beautiful. 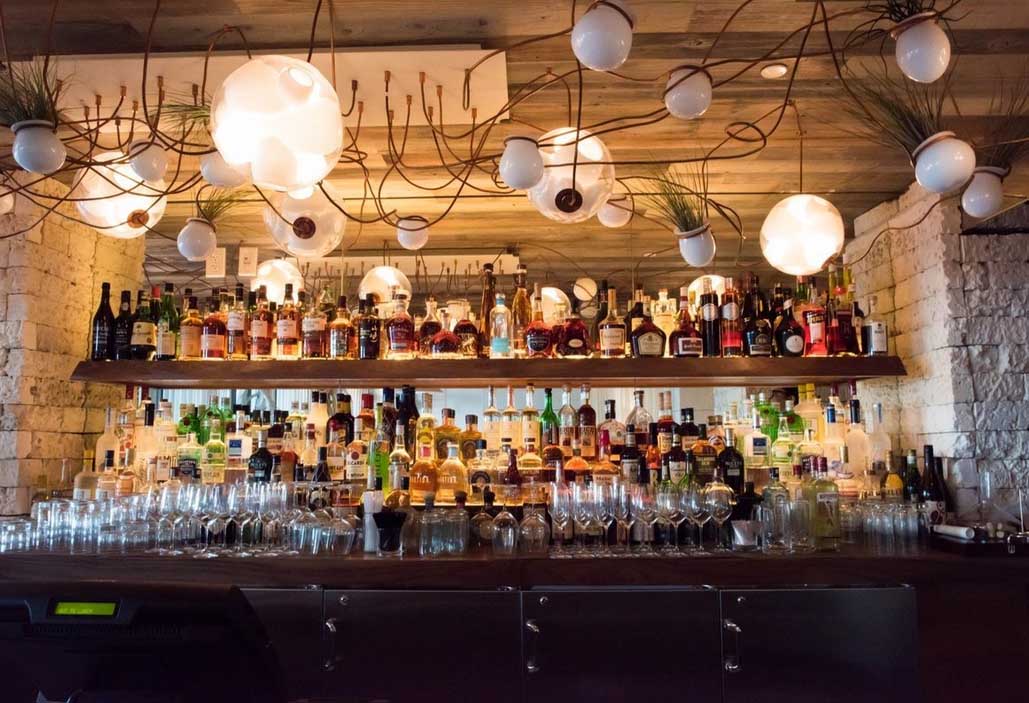 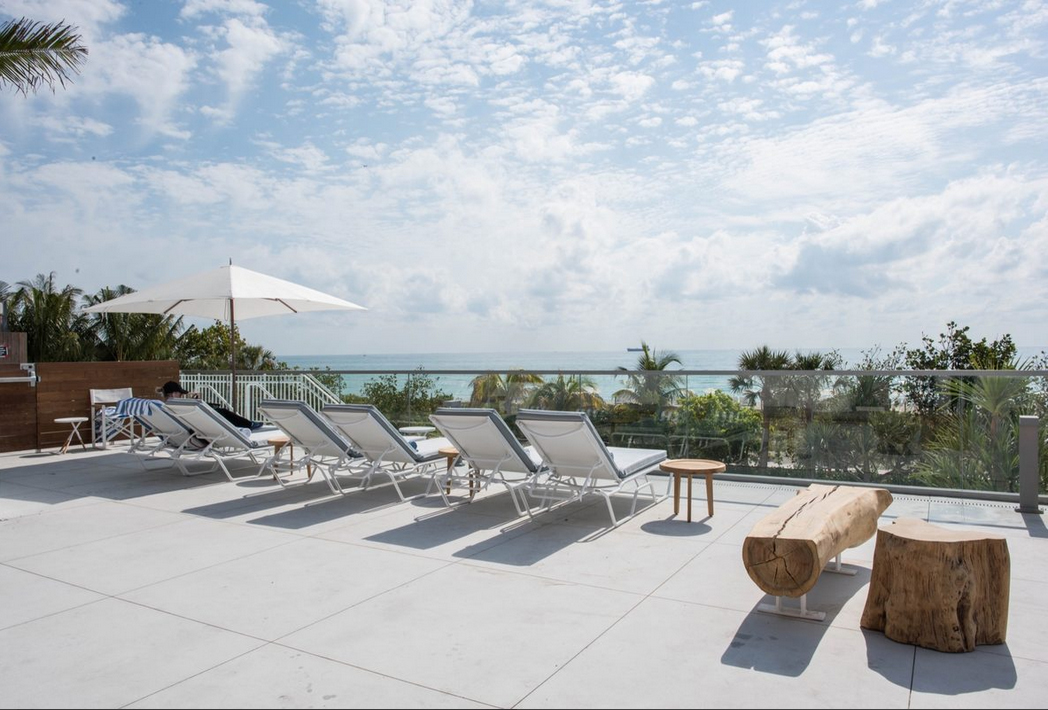 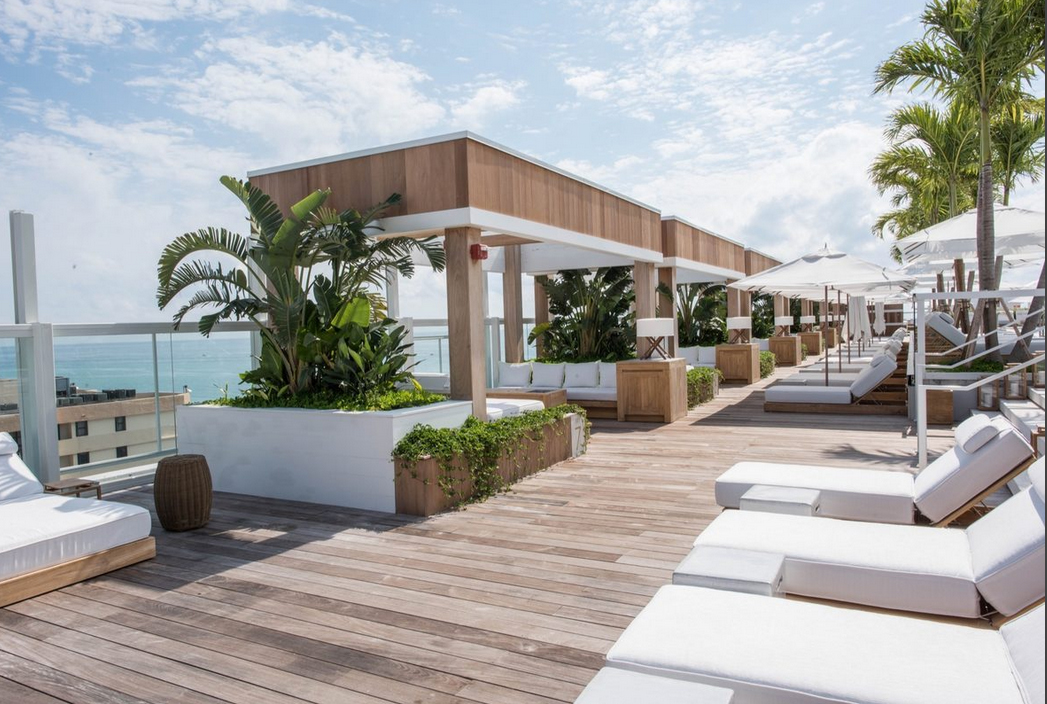